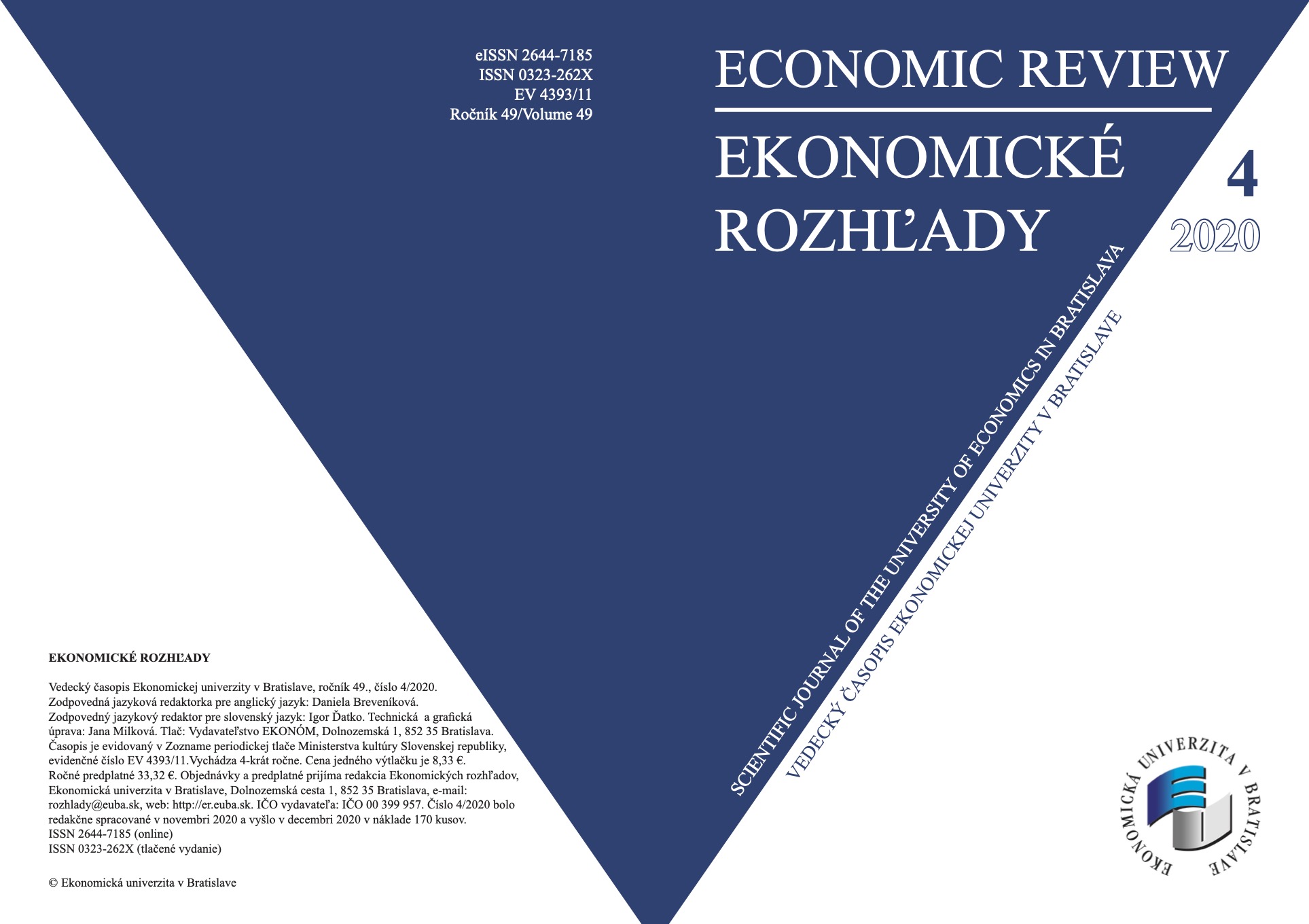 Contents of the current issue

Abstract: This article builds on the Report prepared for the GUE / NGL Group of the European Parliament at the end of 2018 on "the effects of the liberalization of public services – services of general interest" , in which the authors participated. The report was focused on three particularly important sectors of public network services (rail transport, electricity and postal services) at EU level and in four Member states (France, Germany, Spain, and Slovakia). After describing the overall situation in public services, with an emphasis on the activities that preceded the liberalisation process and which led to the adoption of common practices and values in the management and delivery of public services, the article develops three effects of liberalisation: economic, social and societal. Finally, it focuses on the specific situation of Slovakia as a case study and in the end it attempts to outline possible ways forward for next decade.

Abstract: The economy in objective reality even such one as it has existed in economic science for a long time– at least from Ancient Greek scholars up to contemporary mainstream economics – that holistic complexly evolving entity/phenomena are still hidden behind dense mist. If we are going to deeper reason on economies in objective reality, it has to occur to us that there have to be something but not singular unknown evenly mysterious reasons in the background of strange behaviour of these realms. Actually, a socio-economic evolutionary organism is admittedly an extraordinary complex realm. There exist plausible statistic data which prove these complexities and strange behaviours of economies in objective reality. Behind it there are working several laws at four levels: physical, chemical, biological, and social as it is the most advanced (highest) level. They altogether as a whole create morphogenetic fields and morphic resonances which are driving socio-economic entities into the future in the form of multilevel complex network. Mutual cooperative play among all but different fields and resonances: physical, chemical, biological, and social together with the laws mentioned above create different qualitative and quantitative forms in space-time dimension, for example cycles, chaotic behaviour, strange mathematical forms or catastrophe, etc. Unfortunately, the meant complexities and strange behaviour in objective reality are not directly observable “as stars in heaven”. In this, for economic science unhappy situation, there are coming to help us contemporary advances ICT, AI and CI. Using relative simple and cheap software, we can simulate a similar process in the virtual world, and directly observe it in computational runs. It is interesting and surprising that some of existing mathematical formulas created by economists even if those very simple ones can display analogical behaviour (Marx, Cournot, Schumpeter, Kaldor, Goodwin 1967;1972;1984;1987), Minsky (1982), Yamaguchi, and others). Using these theories and models well-known among economic scholars, we can demonstrate several strange behaviours in virtual economies which help us in more effective reasoning on economic behaviour in objective reality, even those are only metaphors.

Abstract: SARS-CoV-2 is the name of a new virus with a genome similar to a current animal coronavirus; however, its origin is so far unknown. International links between individual parts of the world, high resistance and transmission velocity of the virus have contributed to spreading the disease on a global scale. The development of pandemic and its indirect effects on the economy of countries are very uncertain, which worsens its predictability, stability and adequacy of government measures adopted. The macro-economic instability and inconsistency in the information available create an environment for adopting decisions under uncertainty, while they are affected by a wide range of cognitive distortions. In the paper we point to possible consequences of the decisions made under conditions of limited rationality in the context of the current pandemic developments in the world. Our analysis points to potential errors in estimating probability, framing reports, excessive self-confidence, comparative optimism, conformity, and the conflict of persuasion and logic related to cognitive perception of selected problems in connection with the corona pandemic.

Abstract: During the last couple of decades, various pundits proved the income inequality is on the rise. The United States, Russia, Brazil, even countries of the Western Europe are tackling the levels of inequality previously known only before the WWI. Long tradition of the inequality research built its base with the analyses of the top incomes (Kuznets, Piketty, Saez, Atkinson). This article aims to assess the evolution of the top incomes (P90, P99) in four countries forming so called the Visegrad Group between the years 1992 and 2017. The article is organized as follows: (1) Firstly, we introduce the reader into the basics of top income research. (2) Secondly, we explain the data, series we used and associated methodology while delimiting three minor partial goals. (3) Lastly, we present our findings, the series we constructed and we assess the evolution of the top incomes in Slovakia, the Czech Republic, Poland, and Hungary. The contribution of the articles is threefold: (1) We provide coherent top incomes series for Slovakia based on P90 and P99 fractiles. (2) Next, we uniquely compare the evolution of top incomes in all V4 countries. (3) Lastly, we put our findings into the global comparison with developed and emerging countries like the United States, Russia, China, Denmark, and Sweden to answer whether the V4 region really is the emblem of equality or this notion is just an illusion.

Abstract: Despite its great demographic and mineral potential, Africa lags behind in the vast majority of economic parameters among individual regions of the world. Most African countries are economically and demographically “small” enough for their economic expansion into highly competitive international markets. The purpose of the paper is to generate a short overview of the Africa in terms of internal and external trade relations. International trade, as a way of involving the individual economies to international division of labor, is a potential solution for achieving economic growth and economic development in targeted region. Commodity dependence, high product concentration of exports, as well as long-term interconnection to developed markets are persistent problems of Africa on the pathway to economic development.