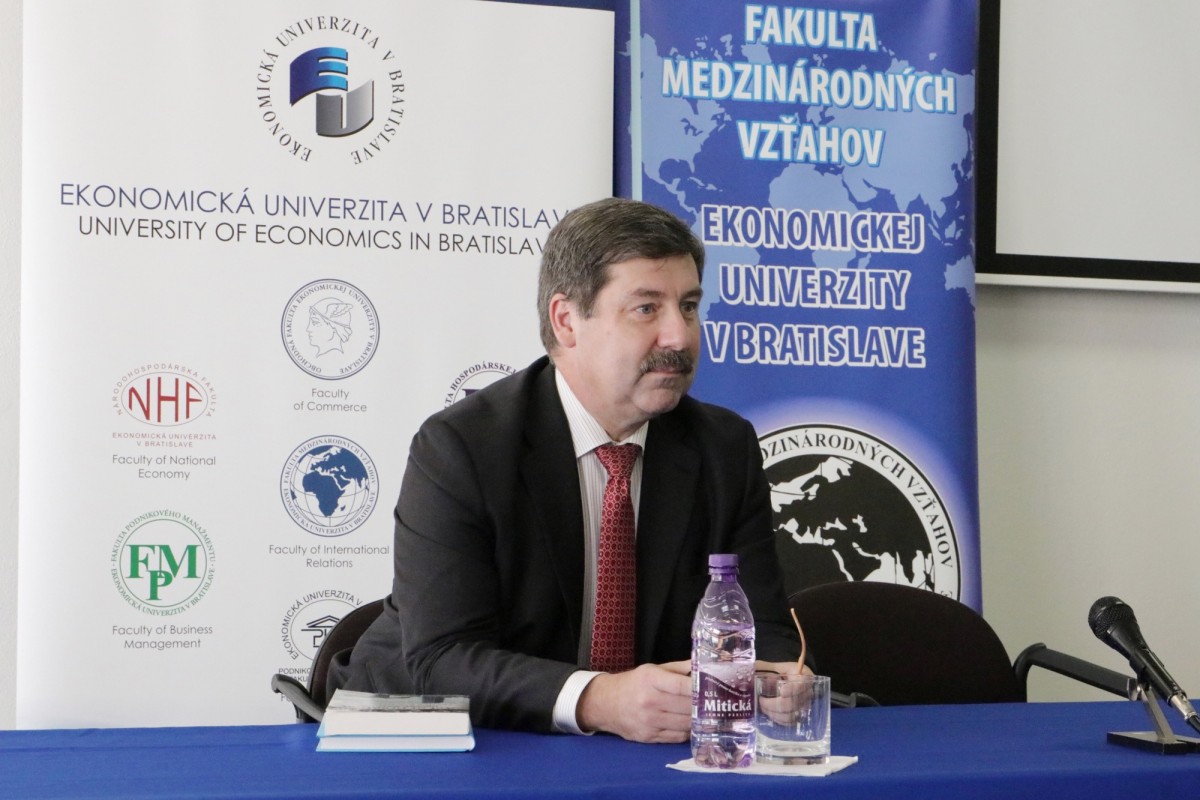 Opening of the Exhibition “100 Years of Slovak Diplomacy”

The State Secretary of the Ministry of Foreign and European Affairs, Mr František Ružička, launched on 28 November 2018 on the premises of the University of Economics in Bratislava an exhibition “100 Years of Slovak Diplomacy” organized jointly by the Department of Cultural Diplomacy of the Ministry of Foreign and European Affairs and Institute of History of the Slovak Academy of Science. The exhibition is displayed in the V2 conference room and presents photos taken by ambassadors and members of the diplomatic staff who were guests in 22nd and 23rd edition of the Diplomacy in Practice lecture series last academic year.

At the event, the State Secretary gave a lecture on the activities and experiences of Slovak diplomacy during its 25-year existence and current situation in international politics. An interactive discussion with students of the Faculty of International Relations moderated by the vice-rector for international relations, Mr Boris Mattoš, followed afterwards. Young adepts of economic diplomacy were particularly interested in current political affairs around Brexit, the Eastern Partnership countries and West Balkans European aspirations and relations with Russia. At the end of the event, the State Secretary appealed to students to take an active interest in public affairs as they make a vital part of it and also discussed it, not to be afraid of arguments and analyse the information critically. 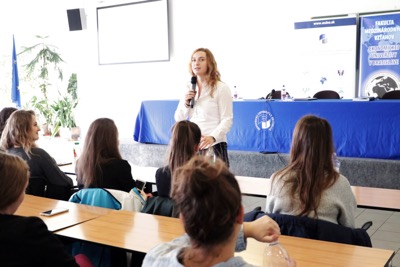 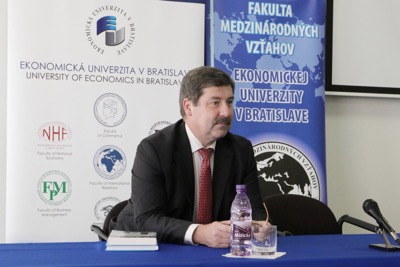 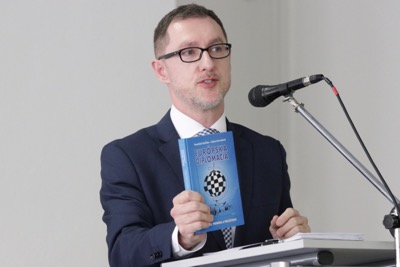 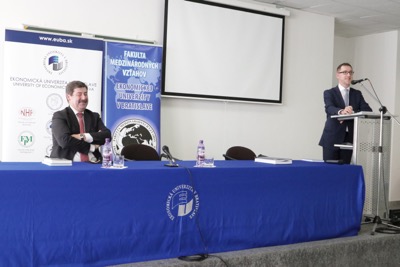 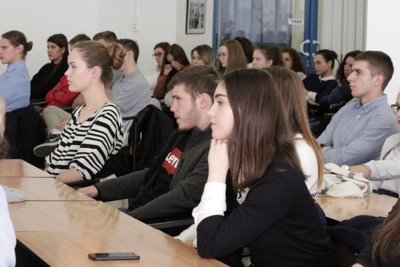 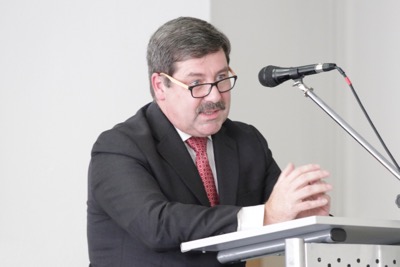 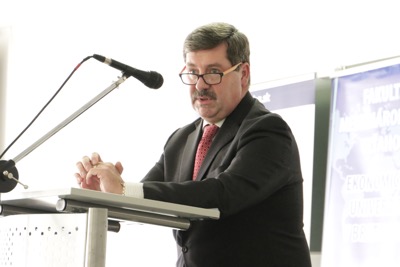 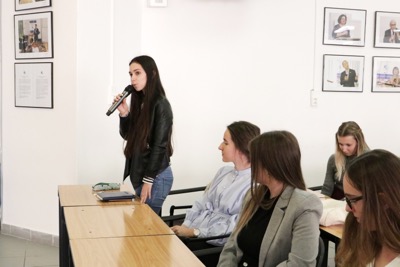 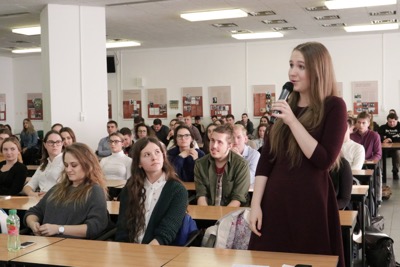 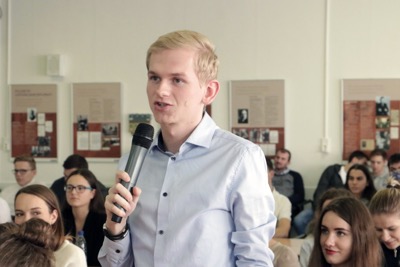 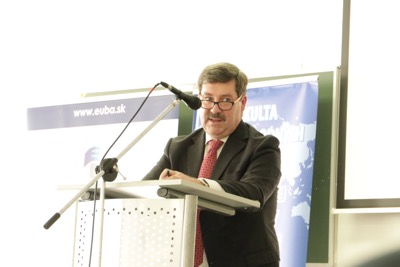 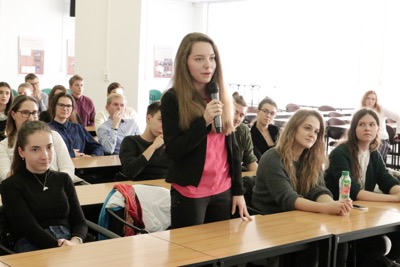 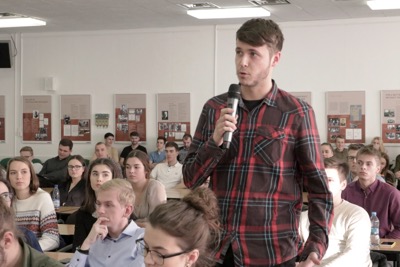 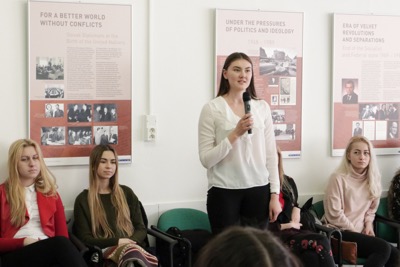 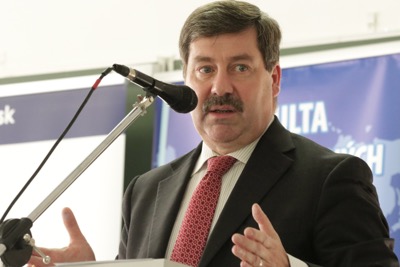 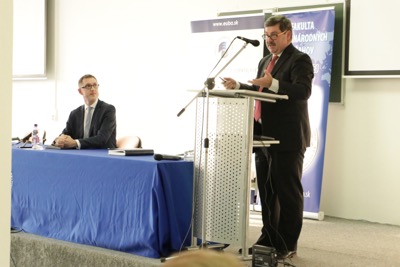 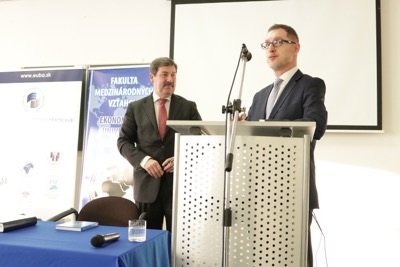