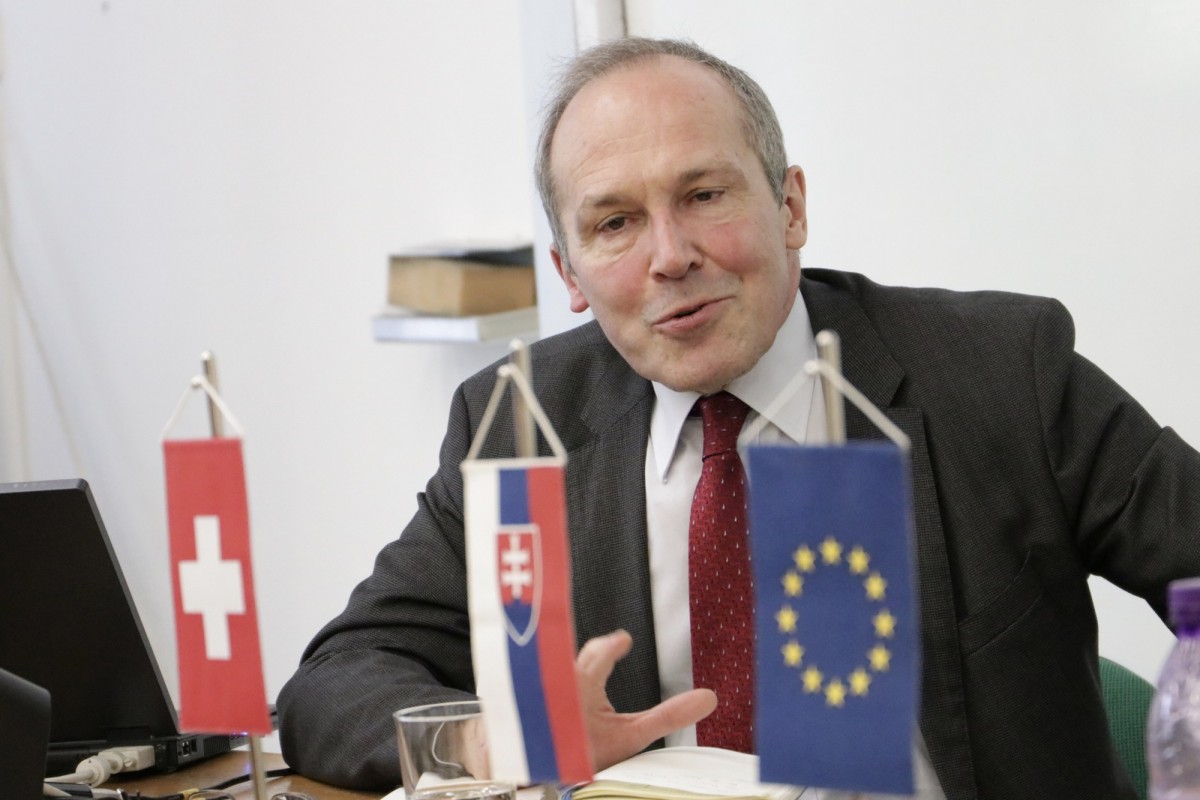 25th Edition of Diplomacy in Practice Closed by Swiss Ambassador

The lecture of the ambassador of the Swiss Confederation, at the University of Economics in Bratislava took place on 16 April 2016 as a part of the Diplomacy in Practice lecture series. H.E. Mr Alexander Hoffet presented to students Swiss foreign policy with a specific focus on political and economic relations and relations towards the European Union which is Switzerland’s strategic partner largely due to its cultural and geographical proximity. It was indeed enriching to get acquainted with projects which run in Slovakia with a support from the Swiss financial mechanism. These projects focus mostly on the environmental and cultural heritage protection, strengthening of democracy and social protection. Important part of the lecture was also an outline of the current challenges influenced by United Kingdom’s exit from the European Union and growing populism in European countries. Questions of participating students at the end of the lecture touched upon functioning of direct democracy which is an integral part of the Swiss political system for decades, growing populism, migration flows from third countries, cooperation with other countries of the international community and a debate on how to integrate cultural aspects of minorities into dominant culture.

Ambassador Hoffet was welcomed prior to the lecture by Mr Boris Mattoš, vice-rector of international relations. Discussed at the meeting was cooperation between the University of Economics in Bratislava and Swiss universities. Ms Marina Voronenko, an intern at the Swiss Embassy, was also present at the meeting.

Diplomacy in Practice is a year-long lecture series offered by the University of Economics in Bratislava every academic year to Slovak and international students since 2004. It enables students to get up-to-date information about international economic and political relations and diplomatic practice. Over the 15 years of its existence, 250 ambassadors and members of diplomatic staff lectured to more than 1100 students of the University of Economics in Bratislava. The main topic of 25the Edition of Diplomacy in Practice were current European affairs. 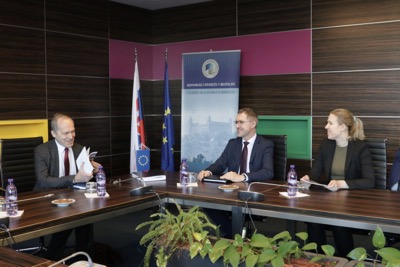 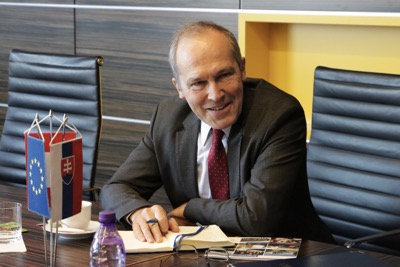 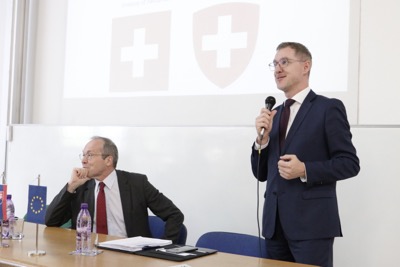 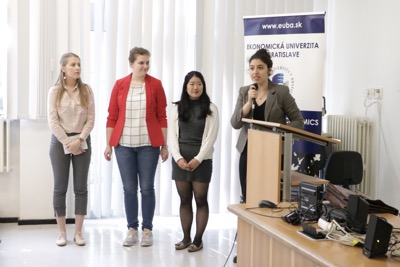 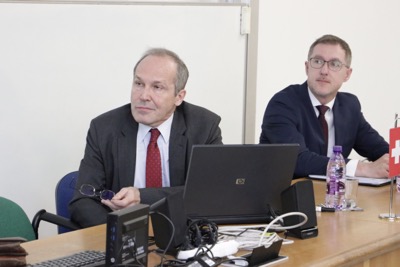 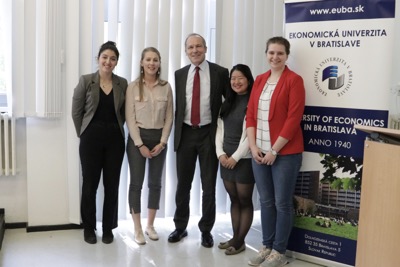 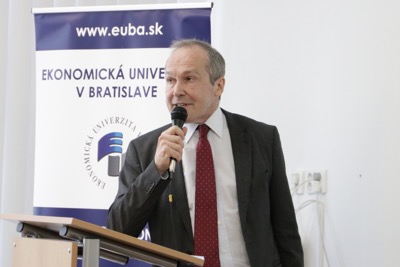 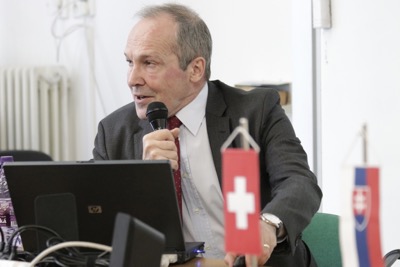 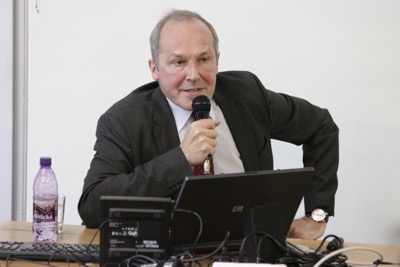 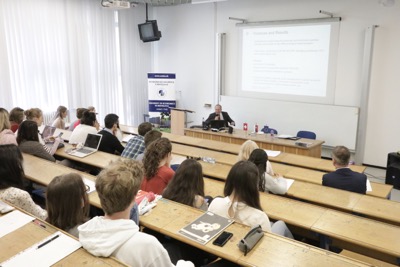 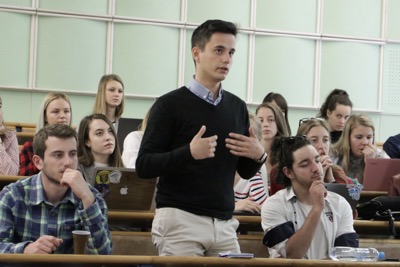 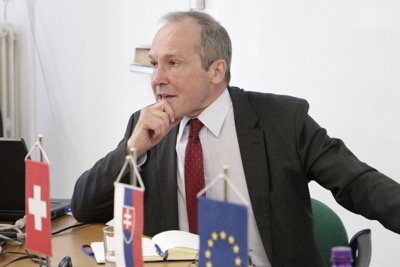 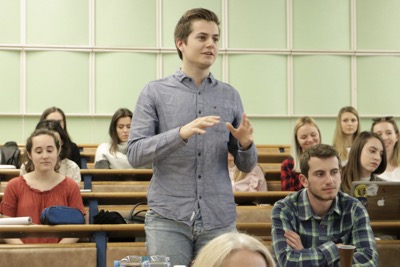 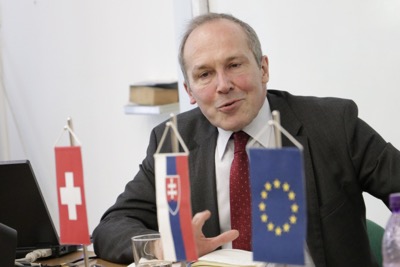 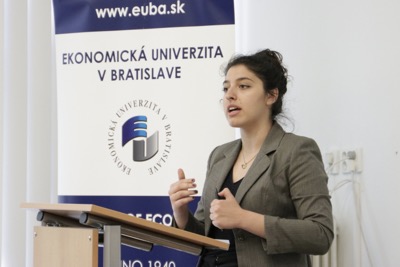