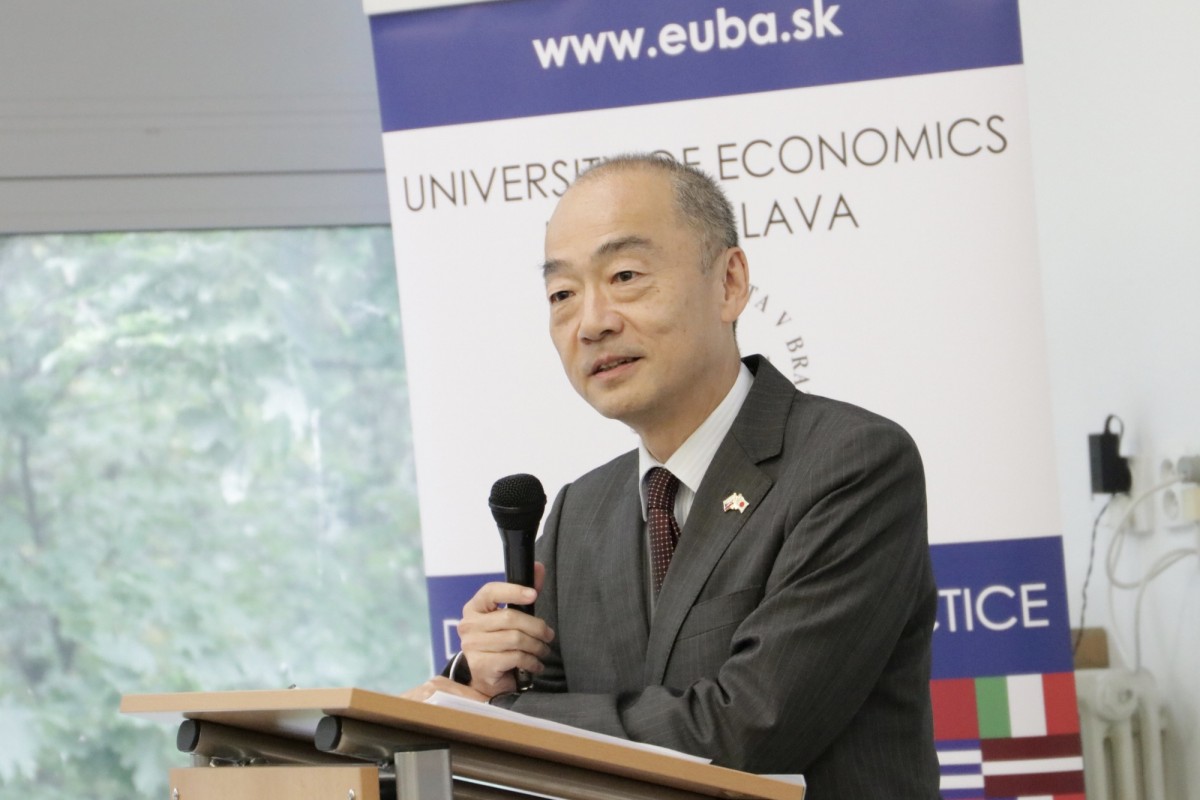 The Japanese Ambassador Launched the 26th Edition of Diplomacy in Practice

On 24 September 2019, the Ambassador Extraordinary and Plenipotentiary of Japan to the Slovak Republic H. E. Mr Jun Shimmi launched the 26th edition of the two-semester lecture series Diplomacy in Practice. The main theme of the winter semester is the economic and multilateral diplomacy of the Asia-Pacific States. In his presentation, Ambassador Shimmi pointed out the constant changes that society has to face in the 21st century, with a particular focus on population growth, the challenges of developed countries and the challenges of the future in the international arena. In the discussion, he answered several questions from students who were interested in the problems of the aging population and the next year's Olympic Games.

Mr Boris Mattoš, vice-rector for international relations, welcomed the guest at the University before the lecture. The subject of the meeting was cooperation between EUBA and Japanese universities. Ambassador Shimmi was accompanied by Mr Katsutoshi Kanada, 2nd Secretary of the Japanese Embassy. The meeting was also attended by Ms Miroslava Darnadiová, Head of the International Mobility Department of the EUBA Centre for International Relations. 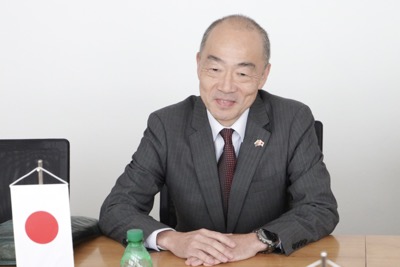 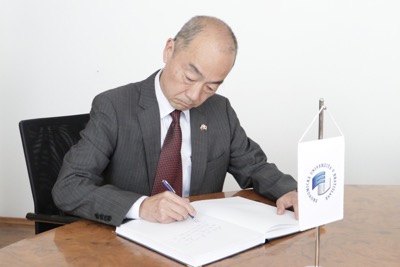 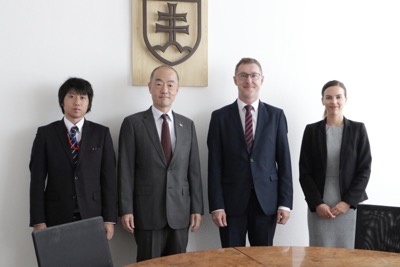 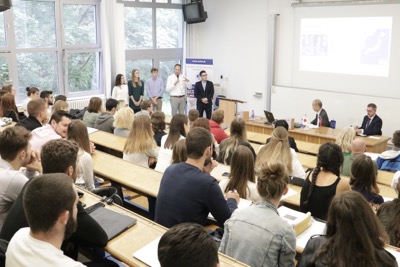 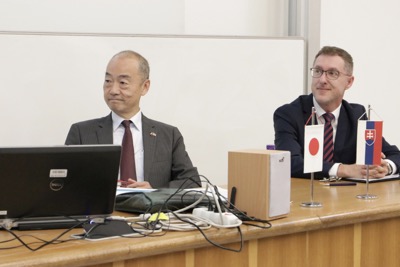 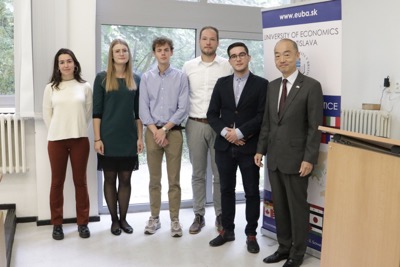 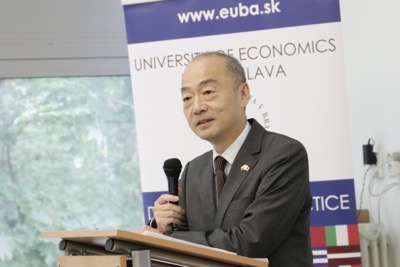 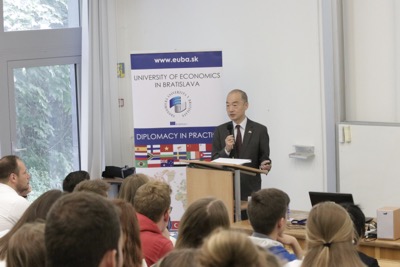 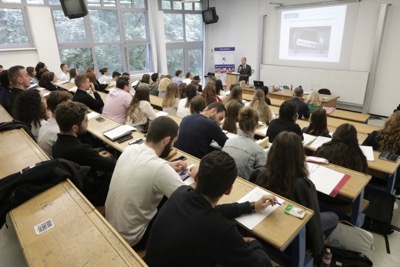 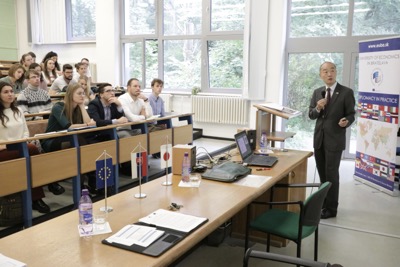 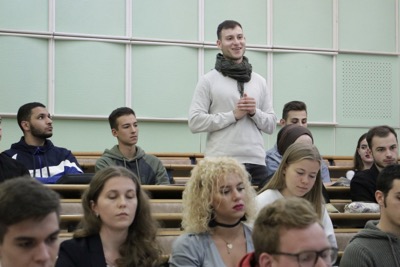 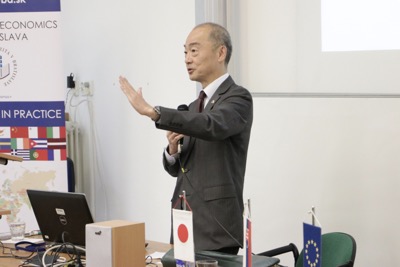 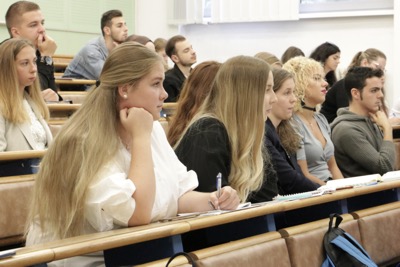 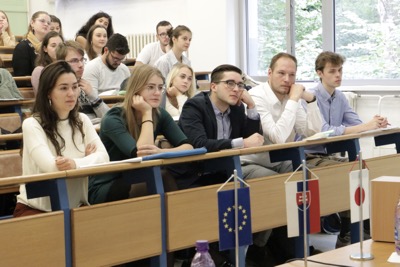 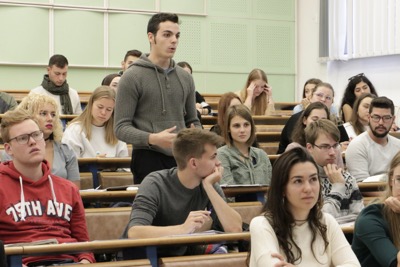 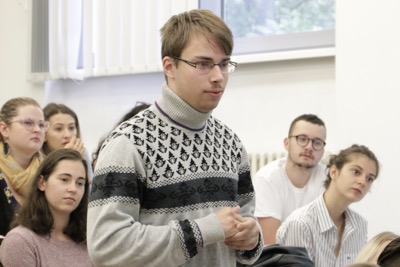 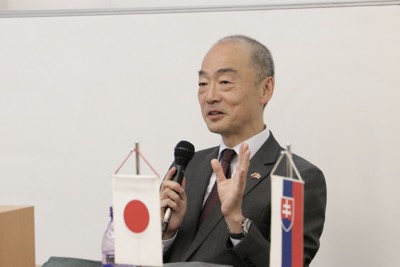 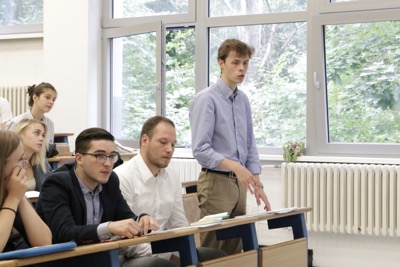 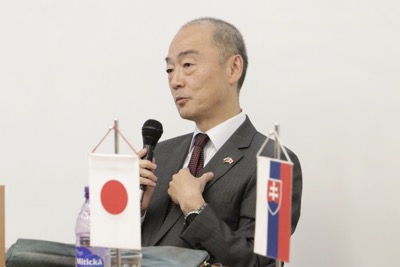 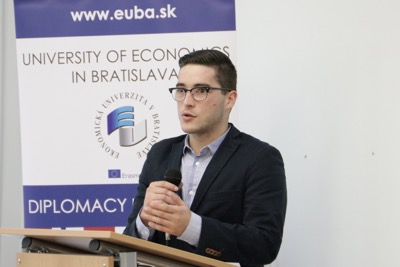