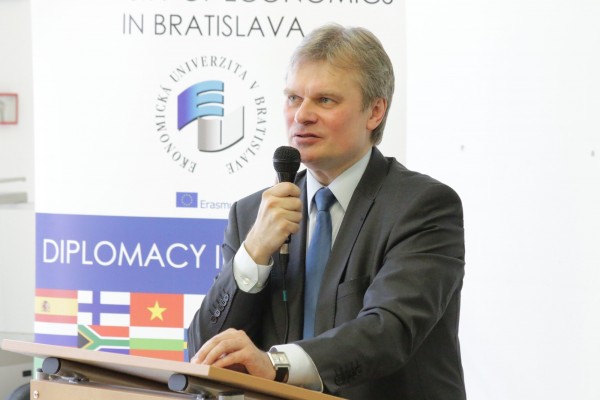 On March 13, 2018, the Ambassador of the Republic of Estonia, H.E. Rein OIDEKIVI gave a lecture at the University of Economics in Bratislava at the 23rd edition of Diplomacy in Practice. The lecture was devoted to the current political and economic developments in the European Union in relation to Estonia.

Signing trilateral cooperation with universities in Vienna and Warsaw 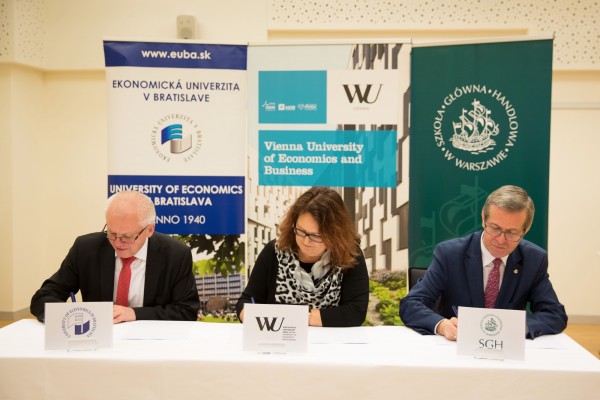 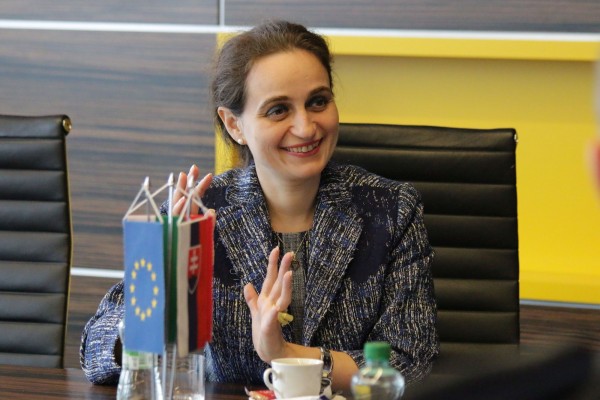 The Ambassador of Bulgaria to Slovakia H.E. Yordanka Chobanova gave a lecture on March 6, 2018, as a part of the 23rd edition of the course Diplomacy in Practice. The UEBA has a long-running academic cooperation with several universities in Bulgaria. Ms. Ambassador was informed about this fact by Mr. Boris Mattoš, Vice-Rector for International Relations and Mr. Rudolf Kucharčík, Dean of the Faculty of International Relations.

Invitation for discussion: We are Debating the Future of Europe 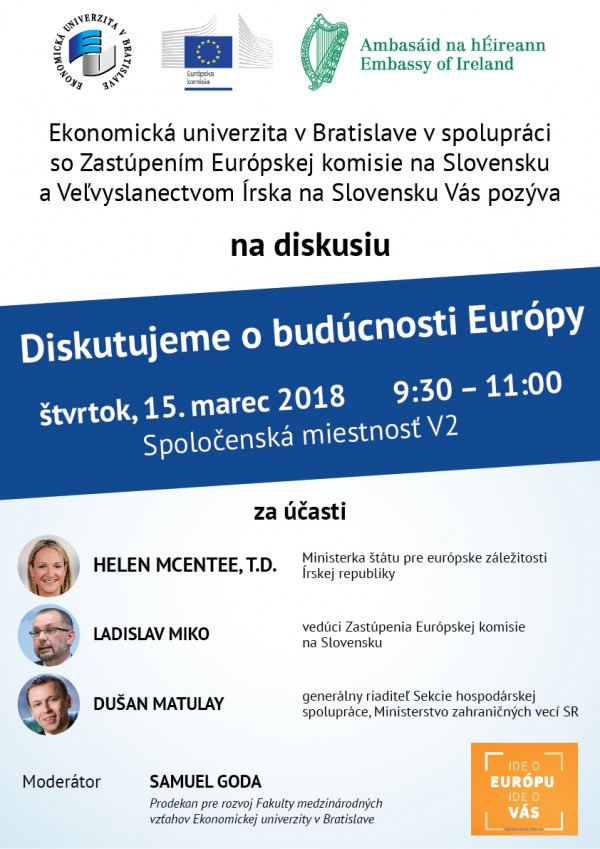 University of Economics in Bratislava in cooperation with the Representation of the European Commision in Slovakia and Embassy of Ireland in Slovakia, invites you to the discussion WE DISCUSS ON THE FUTURE OF EUROPE,  which will take place at 9.30 am on Thursday 15 March 2018 in Conference Room V2, with the participation of:

MBA with Franklin University to kick off again in September 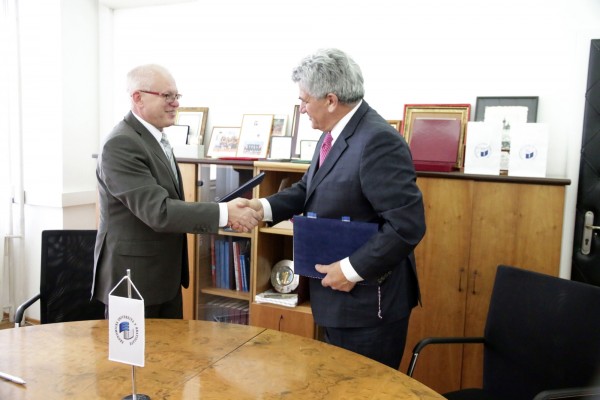 During the visit of Franklin University’s management to the University of Economics in Bratislava on February 28, 2018, Mr. David Decker, President of the FU and Mr. Ferdinand Daňo, Rector of the UEBA signed an extension of the Education Agreement and discussed further possibilities for cooperation.

Student success at RITC 2018 in Toronto 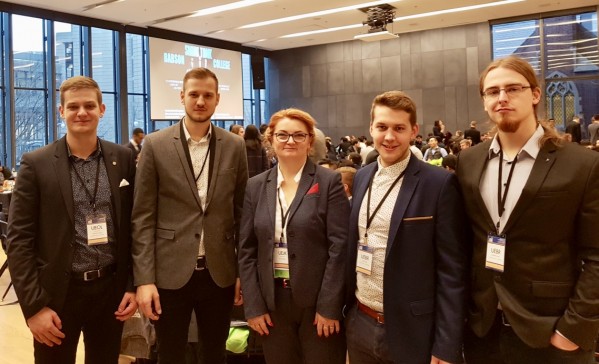 A team of Banking majors (Rudolf Bruchánik, Oliver Kamenský, Jakub Viater, and Marek Pavlov) from the EUBA’s Faculty of National Economy under supervision of Assoc. Prof. Jana Kotlebová, PhD. From the Department of Banking and International Finance tested their knowledge again at the 15th Rotman International Trading Competition held in Toronto, Canada between February 22 and 24, 2018.

A gift for the University of Economics in Bratislava 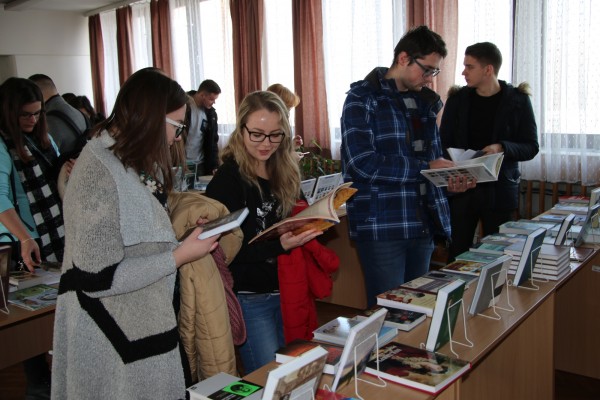 The Alexander Solzhenitsyn House of Russia Abroad in Moscow presented the University of Economics in Bratislava with a gift of 300 publications. The donation ceremony took place on February 28, 2018 in the Slovak Economic Library with the participation of the EUBA’s Rector, Mr. Ferdinand Daňo, a representative of the Alexander Solzhenitsyn House of Russia Abroad, Ms. Svetlana Romanova, and the First Secretary of the Russian Embassy, ​​Mr. Vladislav Kulikov. The event was hosted by Mr. Roman Kvapil, Head of the Slavic Languages ​​Department of the EUBA’s Faculty of Applied Languages. 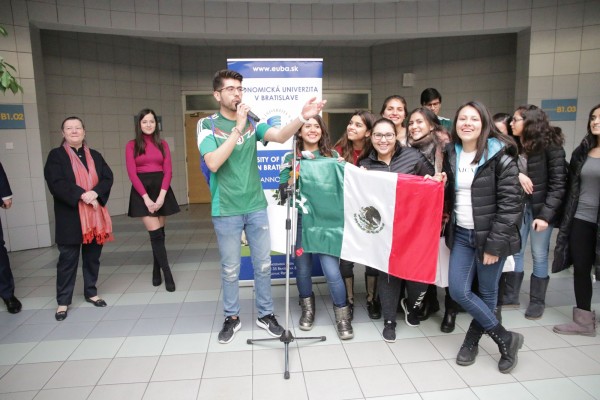 On February 27, 2018, the UEBA hosted the first International Study Abroad Fair for local and international students. The event was launched by Mr. Ferdinand Daňo, the Rector of the UEBA, H.E. Ana Maria Coelho Ribeiro da Silva, the Portuguese Ambassador, and Mr. Boris Mattoš, the Vice-Rector for international relations.

Lecture by the Portuguese Ambassador 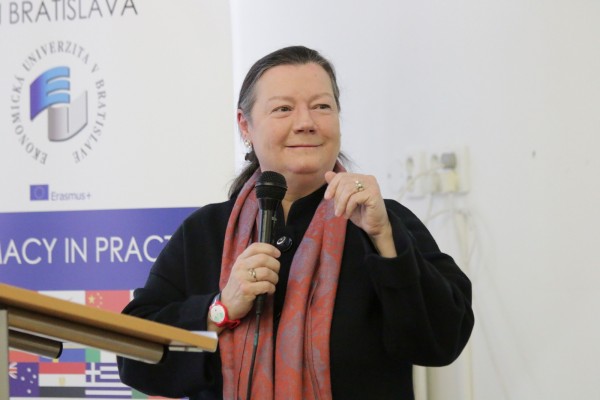 On February 27, 2018, the Portuguese Ambassador to Slovakia, H.E. Ana Mara Coelho Ribeiro da Silva visited the University of Economics in Bratislava. In her lecture Ms. Ambassador discussed both Portugal’s position in the European Union and current issues such as migration, security, and the future of the European Union.

Signing an Amendment to an Agreement with the Spanish Embassy 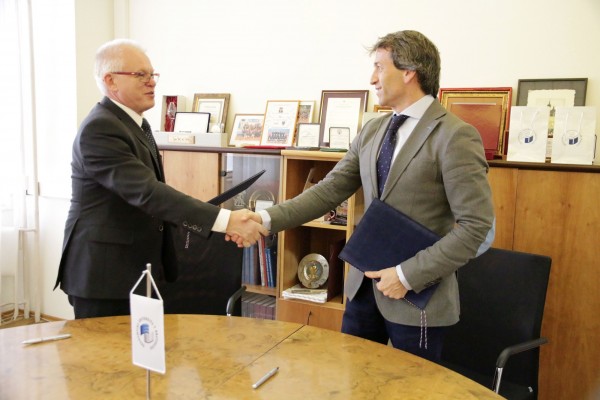 The Rector of the University of Economics in Bratislava, Mr. Ferdinand Daňo and the Counsellor of the Embassy of the Kingdom of Spain, Mr. Joaquín Támar Espoto signed on February 26, 2018 an amendment to the lease agreement on renting the UEBA’s non-residential premises on Konventná street in Bratislava to the Embassy. The library and the educational centre of the Spanish Embassy are located on the premises since 2005. 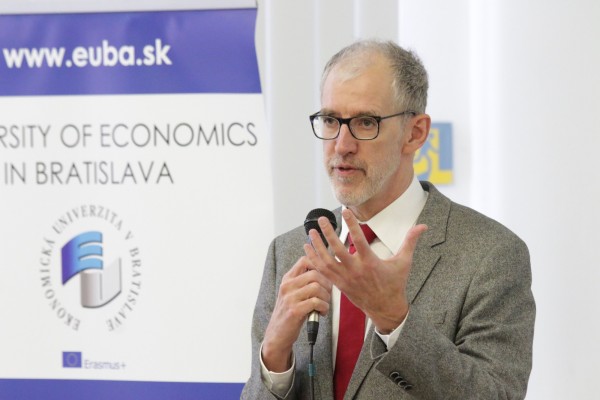 The German Ambassador to Slovakia, H.E. Mr. Joachim Bleicker addressed the students of the University of Economics in Bratislava on February 20, 2018 within the 23rd edition of the Diplomacy in Practice. In his presentation, Mr. Ambassador discussed the situation in both Germany and the European Union.

Lecture by the Ambassador of New Zealand 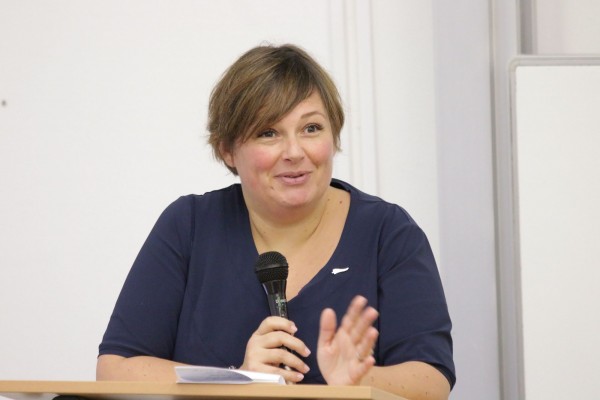 Tuesday, December 5, 2017 saw another from the series of interesting lectures within the course Diplomacy in Practice, this time with the Ambassador of New Zealand H.E. Ms. Nicole Roberton.